Hitler would be the Emperor and tried to conquer the whole Earth and establish one religion: the Catholic

This was the covenant with the Church, which would legitimize him to the world as Emperor.

The Aryan race would own the world.

It is not surprising therefore that they tried to exterminate all the Jews of the Earth staying with their wealth and their money.

(to expel them to stay with their wealth had been done centuries ago in Spain, in England, France and Portugal under pressure of the Catholic Kings of Spain)

To achieve the conquest of the Earth they received help from negative extraterrestrial beings.

They received technology to manufacture UFOs, but did not have enough time to perfect their UFOs as to climb to a height where could not be reached by the American fighter jets and from there to drop atomic bombs on New York, as planned, but spies spread the plans and the Americans joined the other countries to attack simultaneously all over the sites: the Russians in the east and the other countries by the other cardinal points.

Atomic bomb made by scientists of Hitler in 1943 with the planes that received the SS chief Heirich Himmler with alien technology.

A test with UFOs that Hitler built with the planes that gave Heinrich Himmler to WERNHER von Braun, the father of the V-1 V-5 flying bombs.

This was the secret weapon that Hitler's propaganda minister, Josef Goebbels, was speaking in Berlin in the last speeches in 1944 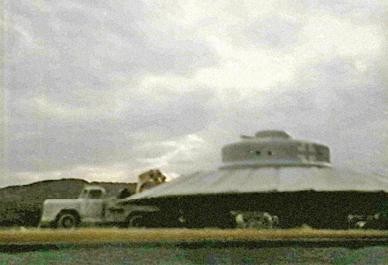 Prototype of UFO that Hitler built in 1943 with the occultist spiritualist society VRIL, and the satanic society Tuhle with which Hitler worked until the end of the war.

The Andromeda machine based on technology Nikola Tesla.

Nikola Tesla was a thin man, two meters high, with an exceptional memory and great channeler; especially during the night received information that extraterrestrial beings also passed to him for years; sometimes after receiving information he woke up and took notes of it, but he not used to make schematics for not to be copied ; the schematics remained in his memory forever, as he said. 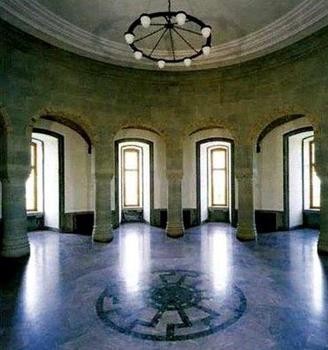 In this room of the Castle of Wewelsburg in Paderborn, Germany, Heinrich Himmler received from the spirits of darkness information and planes for the construction of UFOs and guidelines to win the Second World War and diabolical methods for the extermination of millions of people, men, women and innocent children in the death camps with the blessing and support of the Vatican and clergy of the Catholic Church.

Seeing that they had not time enough and with all the world attacking them at once without time to overcome the remaining obstacles (tuning) of the developed weapons, the aliens told them that in the Earth itself could be found many UFOs in perfect condition and ready for their mission under the ice of Antarctica; since 1910 the Germans had bases in Antarctica (only they needed to know where to look under the ice), for which they also had help.

After losing the war, the Nazis continued in Antarctica as his unconquered land (Neuschwabenland).

His idea was to continue his reconquest helped by their new machines.

Hitler himself was helped by the Church fleeing to Argentina with some of his relatives (about his suicide and later burning was a lie) and died at an old age, attending the funeral people of the entire Earth. 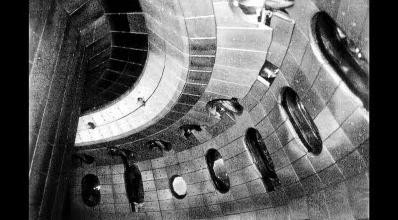 This is the inside of one of Hitler's UFOs of which the aliens gave planes to Heimrich Himmler, responsible of the extermination camps and head of the German SS; he gave them to the German engineer Werner Von Braun, and this in turn to NASA, making it WERNER VON BRAUM the father of space travel to the moon and the Apollo project. 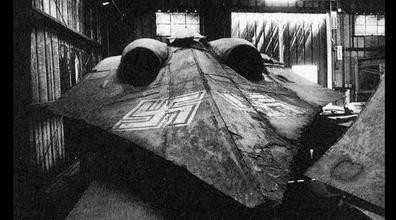 A prototype of mini submarine, which also manufactured the VRIL organization with planes of the aliens.

Note in a newspaper in Argentina:

The Nazis had experimental fields of these weapons in Argentina, Chile and Brazil

According Botaya, laboratories that the SS had on Brazil's border with Argentina and Paraguay, in Argentina or Patagonia in the Chilean Andes were part of a master plan whose epicenter was in a mine near the village of Ludwigsdorf, next to the Czech border, between the Sudetenland and Lower Silesia.

"Until the fifties, could exist a center of Nazi power in the world possibly in Antarctica or Greenland. These bases were abandoned and the Germans recoveres those they had in South America ", where there was a large infrastructure since before the war.

"The main base of the Nazis in South America was the Brazilian Kolonie Waldner 555 (the figure was the number of Nazi affiliation of Martin Bormann, Hitler's right hand). Only that colony had the key project "he says. Already in 1941, there was a report by US intelligence that warned of the widespread presence of German forces in South America, prompting says Botaya, create US bases in Brazil, "to counter that threat, who survived the conflict". 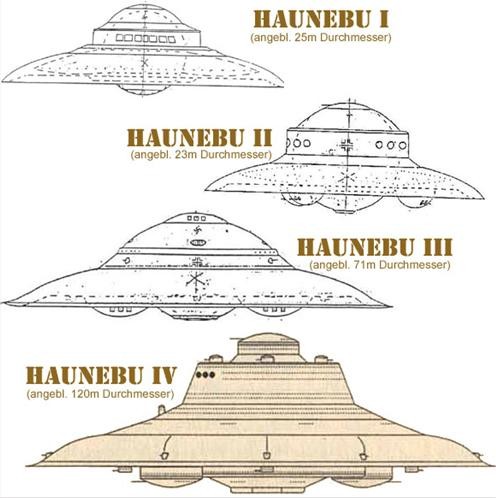 The Germans UFO; the one of the bottom is 120 m in diameter

They currently have bases on the Moon and it is thought that in Mars also*.

The Moon and Mars bases of the Reich

There have been many authors who maintain that the German of the Reich have a base on the Moon from many years ago  (about sixty years), if not a real country. Provided they have such spacecrafts, it is no problem for them to reach the moon or Mars. Reich UFOs do not have to worry about carrying thousands of tonnes in liquid fuel, nor the cost, unlike the space programs of NASA or the ESA.

During the Apollo 11 moon mission, the crew of Apollo 11 had a conversation with the control center in Houston, casually picked up by ham radio listeners that were listening a "reserved channel" that reveals that they had a meeting with aircraft "far superior in size and technology to ours".  The whole moon would be in the hands of the German Reich, which is why the Americans have not seen it, they have "Hausverbot", ie, the Reich Germans have banned them set foot on the moon. That is why NASA now says in a tone of contempt that "the moon is no longer an interesting target for the space agency."

NASA says it is more interested in Mars, where according to authors like Jan Udo Holey or German Hans Altmann the Germans also are stablished in underground constructions for decades. Repeated failures of NASA on Mars would be explained by the action of the German Reich.

* Of course Americans have their UFO, but we are not displayed to continue with the old technology based on hydrocarbons

Are some of the UFOs that have been seen all over the world for almost 60 years secret weapons made by the Third Reich? That seems to indicate the mysterious report according to which many of the strange flying objects sighted since 1945 actually correspond to aircraft models designed at the time by the Nazis and probably improved over the years in secret bases inside.