Throughout all the Earth, reptilian beings have been represented for many thousands of years and these images are intended to attest it, most of them are several millennia old

Dainzu Stela, Oaxaca; Mexico. Reptilian being with tail, handling gadgets that could be technological

another representation of Ai Apaec God

Darius I of Persia stabbing a lion; this lion represents evil, a reptilian winged creature

another high relief with the same subject; Dario I eliminating a reptilian being, the evil 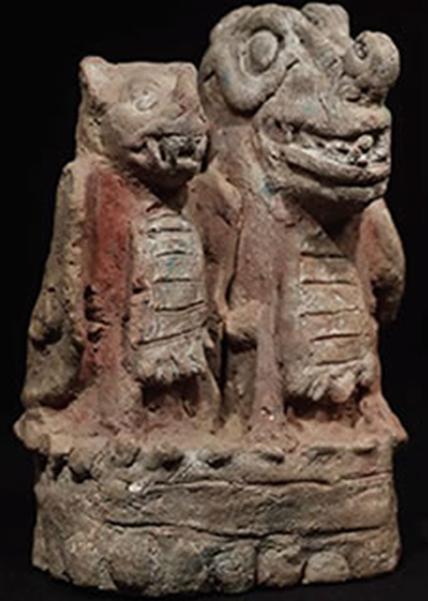 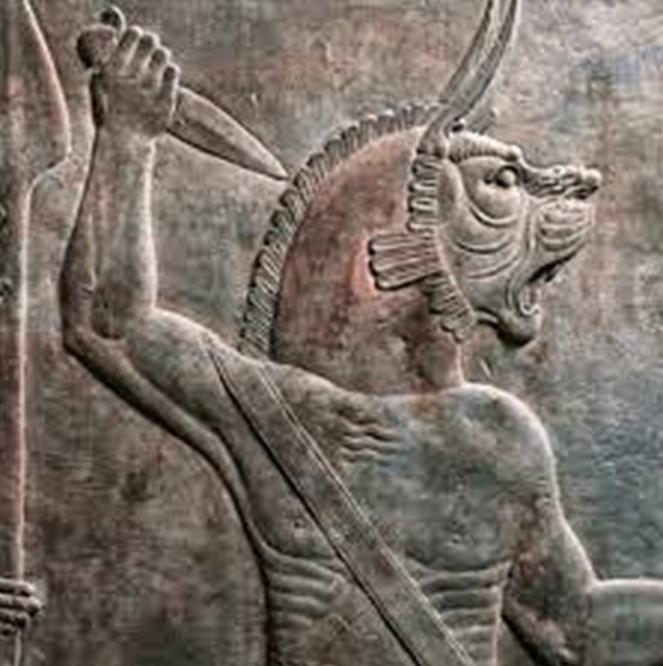 of the British Museum, London; it comes from Mesopotamia

of the Hators Temple, Dendera; Egypt

of the Hators Temple, Dendera

Nomoli of Sierra Leone; all these Nomoli are 17,000 years old

musical instrument with reptilian being in flying device; Pre-Columbian

of Ubaid Mesopotamia; these figurines representing reptilian beings have at least 4000 years 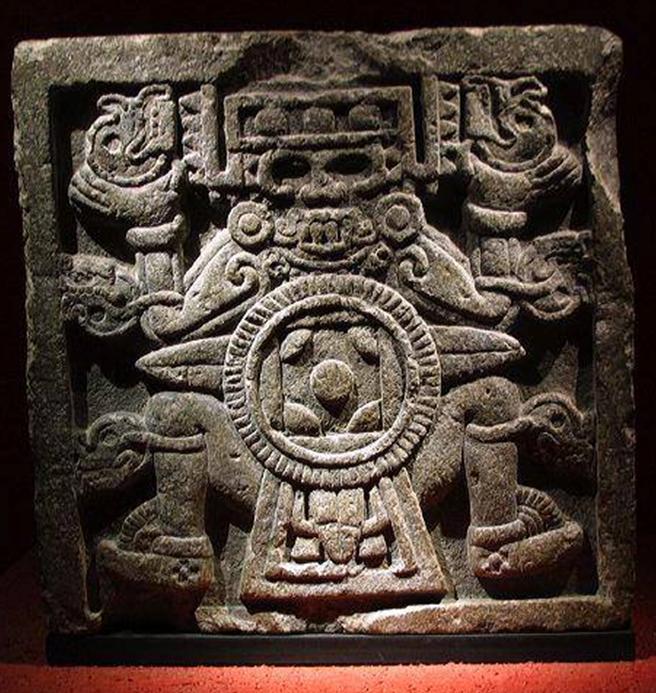 Reptilian astronaut of Cuenca, Ecuador; he uses a device for respiration aid

another view of the previous image

of Kara Depe, Turkmenistan; Athird millennium BC; Note the bulks, similar to those made in the following figure of crocodile. The reptilian gods of Ubaid Mesopotamia, also were represented with these bulks. They may be the bulks through which the reptilian beings absorb energy, especially in the back, as they have told us about 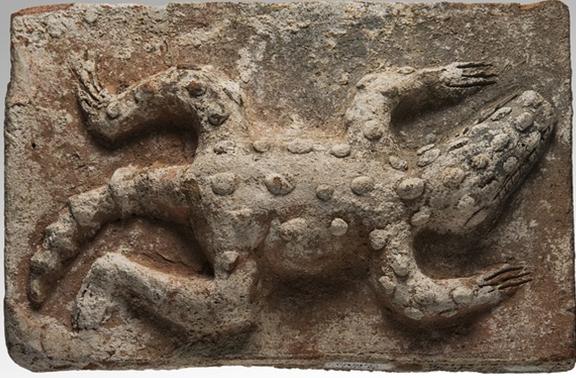 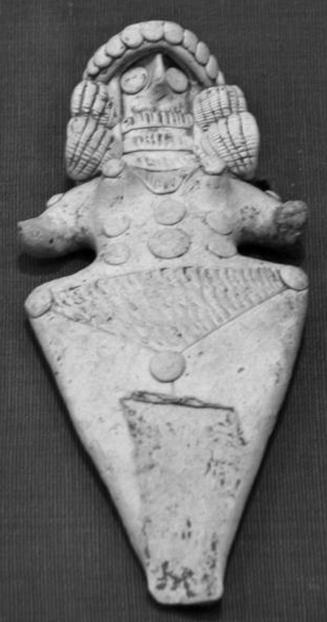 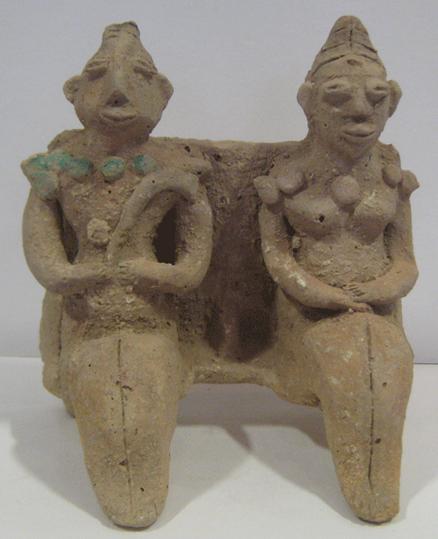 Terracotta of Indus Valley
of El Tazumal, El Salvador
Found in a tomb of Tyre, Mexico; it also bears bulks as reptilian being

of the Tyre tombs, Mexico 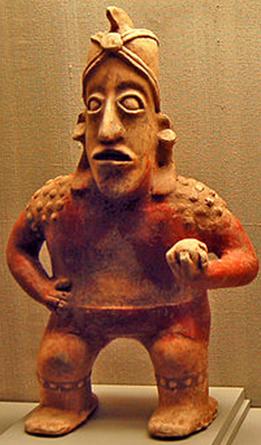 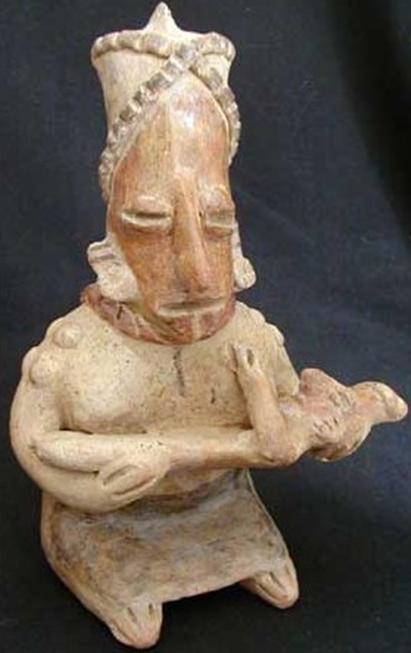 
of Ecuador
of Jalisco; also reptilian teeth, not only with bulks. Probably vertical pupils also; 300 B.C. to 300 A.D.

of Jalisco; enlargement of the previous figure to better see his eyes and his teeth

of El Opeño Tombs in Michoacan; Mexico. Here are the oldest tombs in Mesoamerica


Jaina figure with scales, bulks and tail; Museum of Anthropology in Mexico

of Jama Coaque; reptilian being with tail and scales 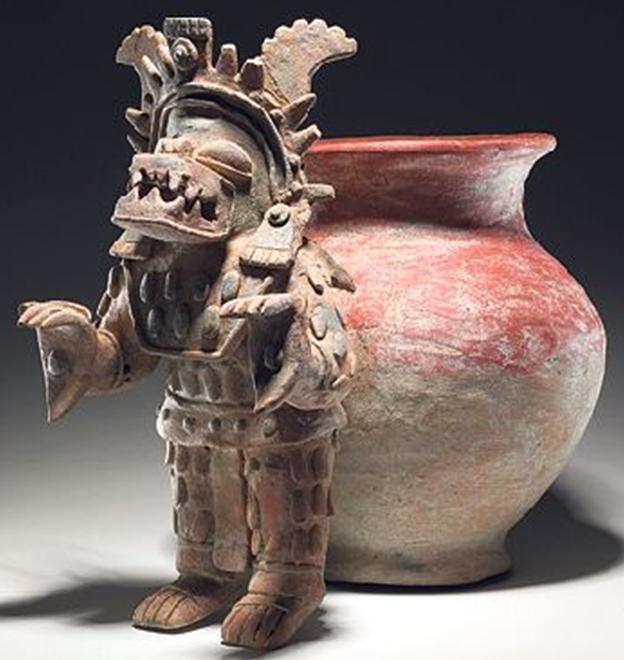 
of Tumaco la Tolita;scaly being, with tail and reptilian teeth; the tails of these beings so thick are a certificate of its reptilian condition

of the Taino culture


of the Lithic Library of Ica, Peru

ARTIFACTS OF THE TAYOS CAVE, ECUADOR 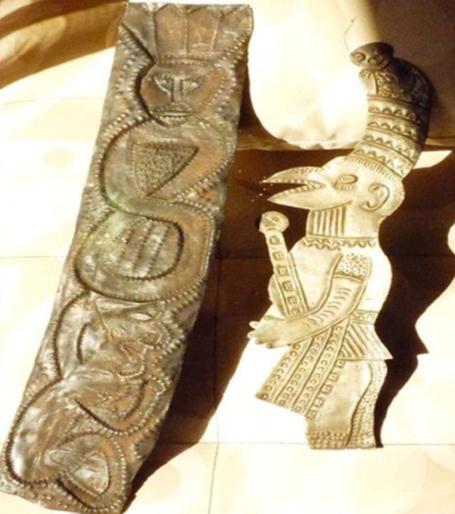 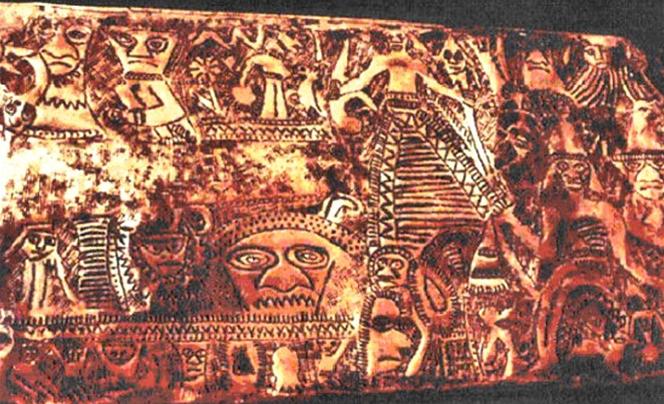 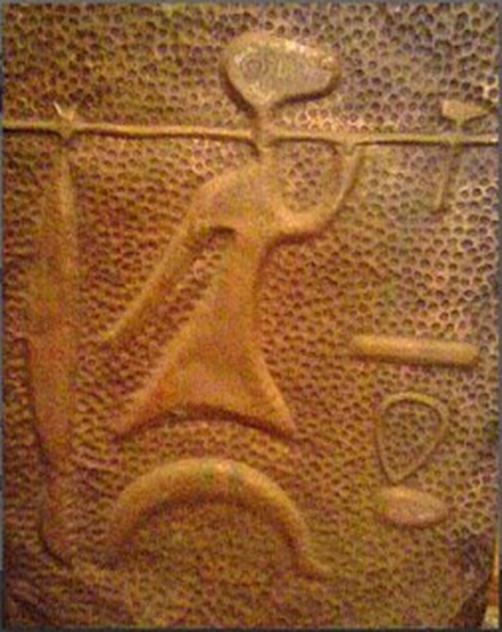 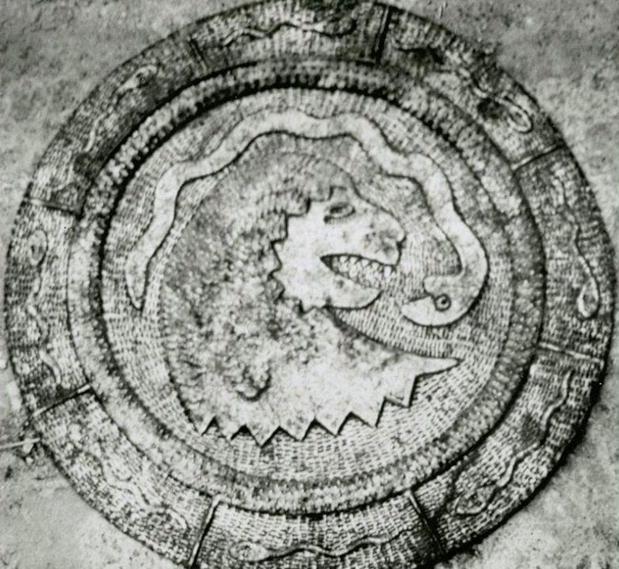 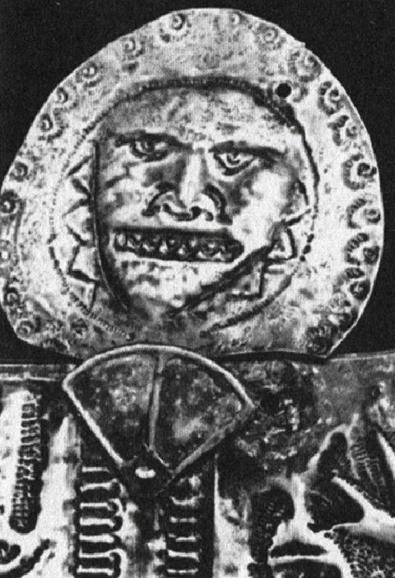 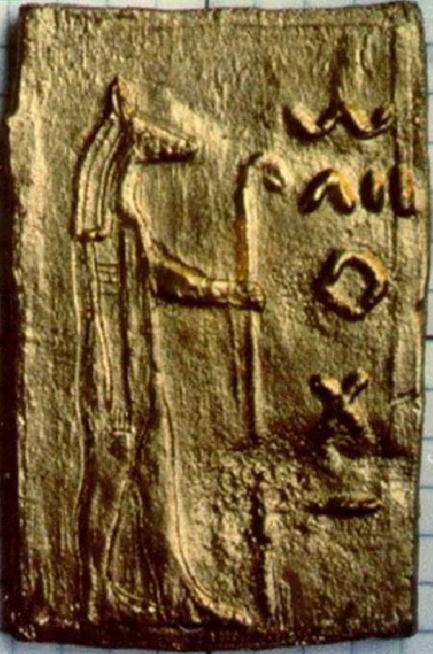 the snake is present in everything reptilian; we have to observe the fish-shaped cap as the current miter of the Christian Church prelate, which recalls the cult of Oannes, the fish god of Sumeria, or the god Dagon of the Philistines

See the section of this website entitled "Reptilians of St. Augustine" to see many reptilian beings with particular attention to the use of children for their rituals of fear and blood; I call them "reptilian baby eaters"

Of course, those canceled * by agents of Darkness will see all this as a montage based on false images; whenever a commission of investigation about  UFO  was created, it was intended to hide it; the persons that do not want this kind of knowledge come to light, use "scientists" and "researchers" to cover it **; that is the reason this knowledge is unknown, in the same way that is hidden what kind of beings these images represent

*people who do not believe in other planes of existence (do not believe in what is beyond his nose) and are not able even to intuit them because the hidden elite people is working for the things to be this way (fluorine in water and toothpaste; disablement of the right cerebral hemisfere)

**scientists to keep the people with limited ideas, as there are another "scientists" who work directly for the hidden elite; one day this will try to come up with its advanced hidden technology trying to establish the most hard of the dictatorships that we can imagine and we will only be able to confront with our Light as a group

This is the version of the occult elite I have. There may be a wider view, but this is the view that best fits what exists in my level of knowledge, as there may be several types of interdimensional beings beyond Earth, some with permission from our collective unconscious, others without our permission or of those who protect us. Any being involved with evil on a planet of third density will be linked to that planet and caught in the dimensional worlds linked to the planet (his aura):

The hidden elite, the beings for which the  Illuminati are working, Freemasons and other secret societies, came to Earth about 400,000 years ago. These beings were trapped in Earth's own vibrational frequencies* and their main means of expression and existence is in a frequency range of the 4th dimension; to manifest in the third dimension, ours, feed them and enhance their expression in it, they need a "low frequency" ** generated by the fear and negative emotions and we are able to produce them in abundance; Blood also provides an appropriate elixir for its manifestation.

The hidden elite society works completely vertical and its leadership does not belong to the Earth. The societies they govern in our world are also fully vertical, and only it is possible to rank up based on blind obedience, feature that remains on the secret societies, armies and religions that serve to them.

When due to the negativity they sowed through their agents occur on Earth conditions of very harsh life, or when it is immersed in a large atomic radiation due to have exploded the accumulated evil in the form of atomic bombs, the hidden elite withdraws to the Moon, his base of operations until the conditions of life on Earth improve again. The agents at their service, which are not part of the "family", as they were captured on Earth, serve as their excuse for not being intervened the hidden elite people by beings of Light (the servers that bring us the most adverse conditions, allowed them to be grasped and they are of ours, not theirs); maybe some of them will be allowed to retire with  the hidden elite to the Moon***.


Only a sufficient number of beings on Earth who have joined in the Light, in the good, can confront it; so it is very important the work and the example of brothers and sisters children of Earth in pursuit of establishing an era of Light. The threshold of these, beings of light on Earth, is called the  'critical mass'.

* dimensional planes of Gaia (the aura of the Earth), a living being created by a being of 6th density (or 6th dimension)


*** the people they captured in base to deceit, wealth and power are not of the "family" because they are not aware on the 4th dimension and do not easily have memories of their past lifes on Earth; Hidden Elite people have this memory

Just keep in mind that the Hidden Elite people would kill to maintain all this as false; therefore these images will appear as false in all its propaganda and will tell us that "scientists", their lackeys to maintain us with limited knowledge, studied them and found that they are absolutely false, but they will collect these pieces so that they are only available for the allowed people

These statues are by Ukraine and several Eastern European countries; they were created by blond hair people from the north of the current Siberia 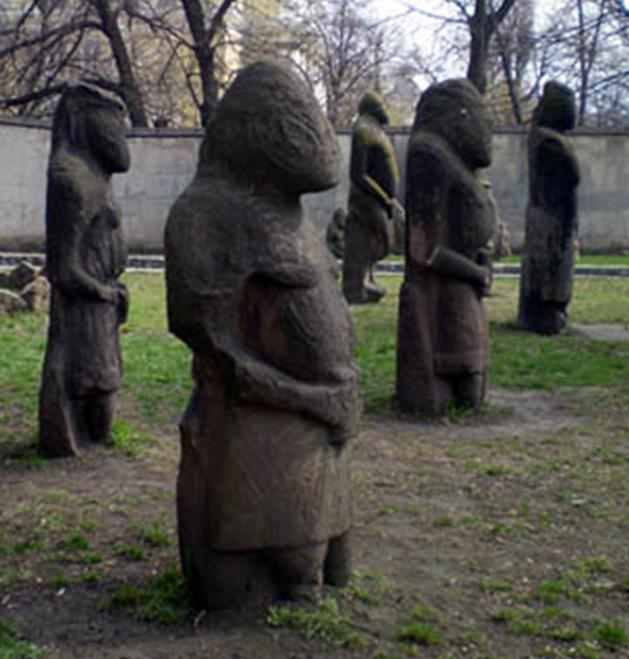 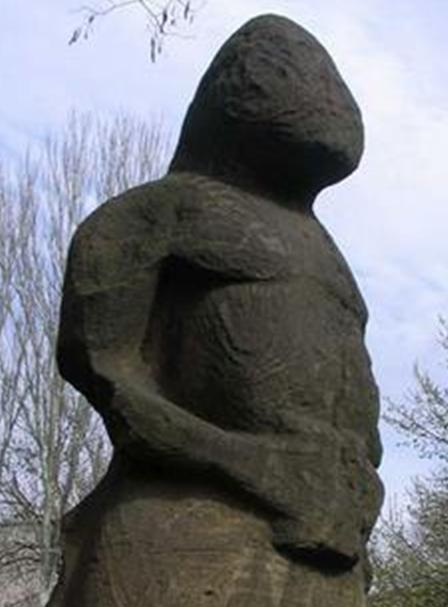 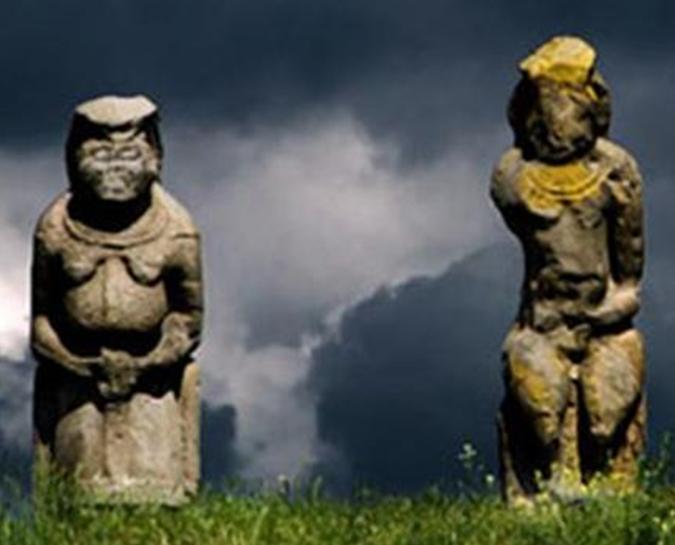 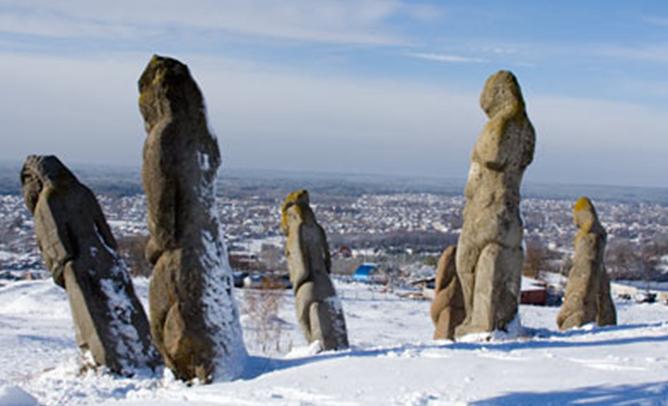 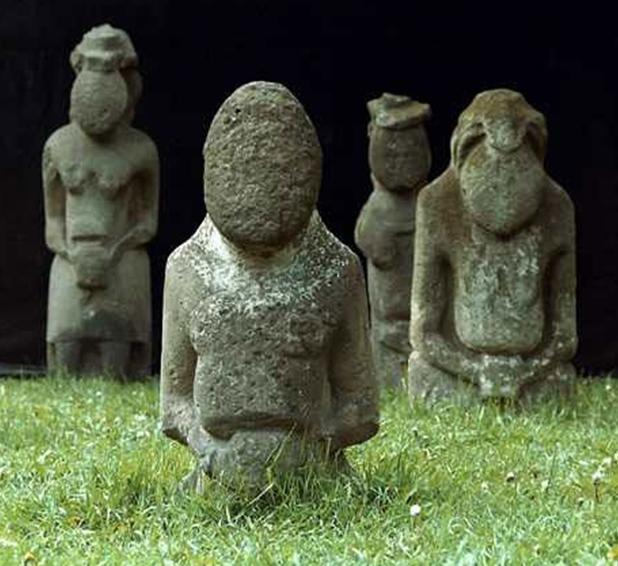 More evidence from all parts of the Earth

Lamashtu, daughter of the god Anu and wife of the demon Pazuzu. She used infants stolen from their mothers while they slept to feed herself. Of ancient Sumeria 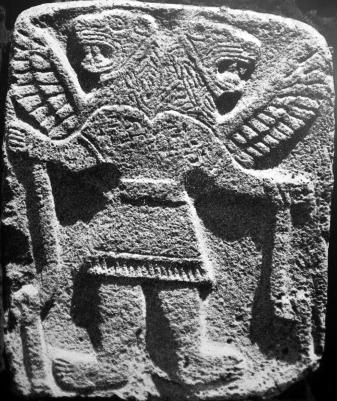 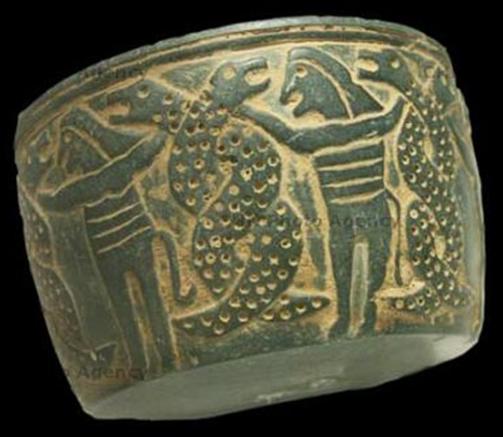 of Jiroft, basket of the gods 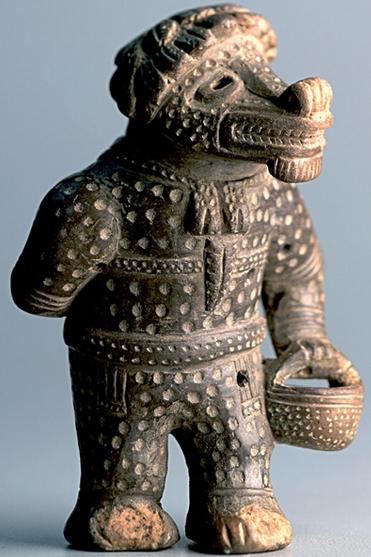 of the Tairona Culture

of the Cocle Culture

of the Cocle Culture

representation of Marduk, god of Mesopotamia 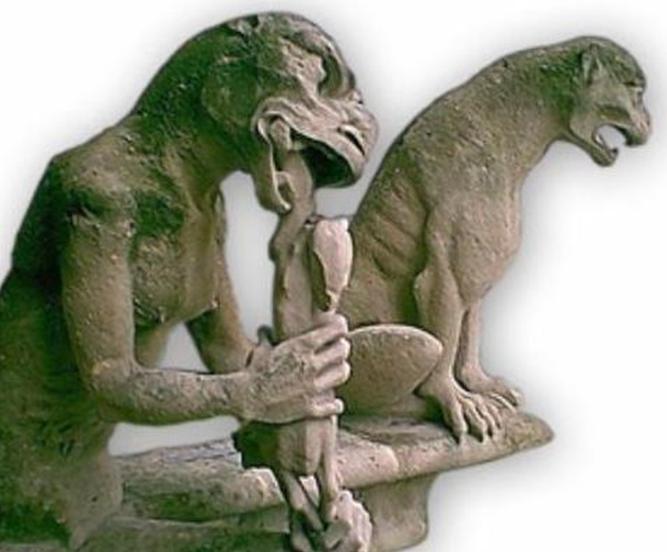 Narasimha once more, but this time of Bali

of  the Ubud forest,  Bali

Ai Apaec of the Mochica

of the Mochica Culture, in wall relief

Nagas of India, with the ability to take human form

the snake and Gnosticism

The reptilian beings always will take the scariest forms to produce fear in us, because of our fears they feed

the snake and the cross in a church in England

Reptilian being devouring a child: the Biscione, or viper, the symbol of Milan; It is also the logo of Alfa Romeo. It is a satanic symbol ((do not distract us with issues about Kundalini))

OF OUR FEARS THEY FEED

They need our fears and negative emotions to manifest in our dimension; they feed on them. That is the reason to abduct children and torture some of them while seen by other children, as the emissions in this way will be very powerful, not added, but multiplied.

These fears and negative emotions also obtain them through the suffering of animals, their blood and death. Animals have feelings and emotions. Why do you think the old gods demanded those sacrifices of animals in temples? In temples and at feasts always animals were sacrificed ; in some festivals thousands of them were slaughtered. Remember the sacrifices to Yahveh* and He was who asked them.

* The first Book of Kings recounts that King Solomon and priesthood killed more than 22,000 cattle and 120,000 sheep in the temple of Yahweh in just two weeks