It is said that this is a stargate in Peru, ie, an inter dimensional door; is the door through which the gods came and went, the door of Hayu Marca near Lake Titicaca; according the beliefs the door will open one day and the gods will return in their ships 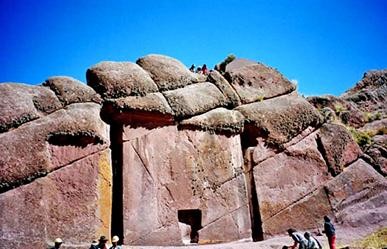 Then El Fuerte, what will be?

Everything that follows is El Fuerte, in Samaipata, Bolivia

According to the beliefs of the locals, it is the place from which landed and took off the ships of the gods

For the "scientists" all this is a ceremonial complex

In El Fuerte compasses do not work and some clocks stop

UFO of El Fuerte, in the vicinity