The Mexican government has recently brought them to light

They have called them Mayan artifacts, but may have nothing to do with the Maya, but with another people before the Mayan ethnicity; this people probably had elongated heads of which many skulls were found

The engravings on these devices leave no room for doubt; They represent alien beings arrived in UFOs

They are presented by Nassim Harahein, a Swiss man director and founder of Resonant Project Foundation

Atlante and UFO; in it appears a planet that could be Saturn with its satellites 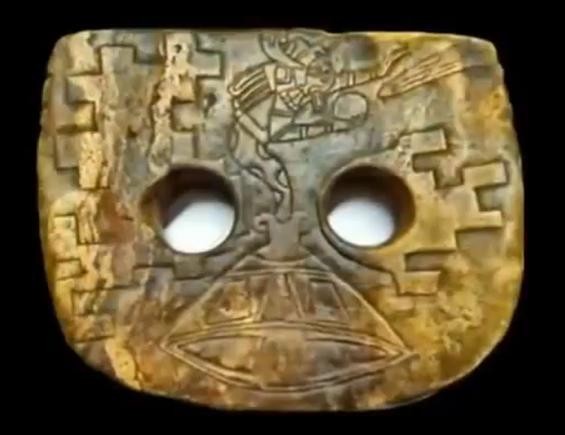 Each of these figures is a gem, as it tells us a lot about how beings came to Earth 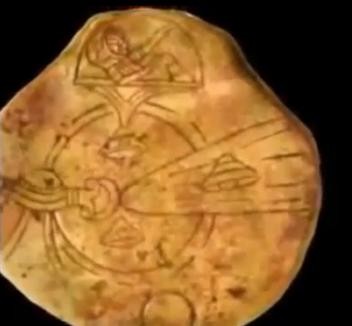 This represents UFOs and beings within them; they are entering an Intergalactic Door 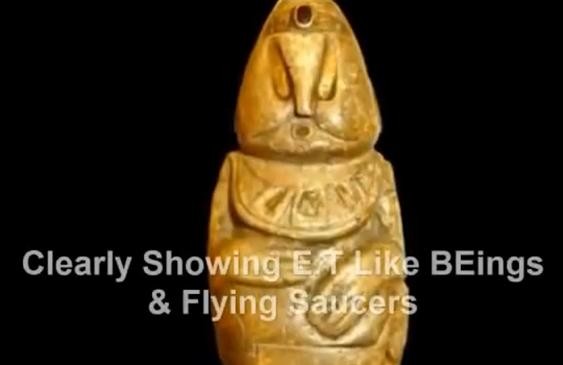 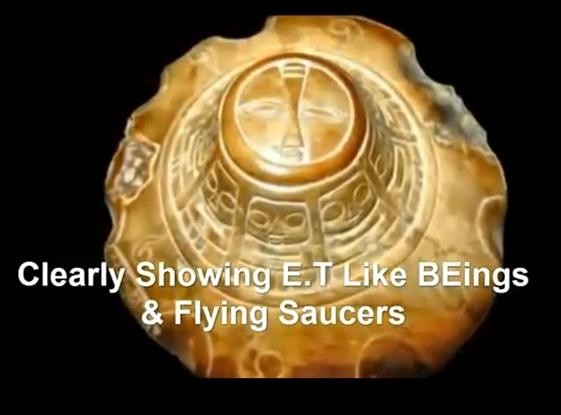 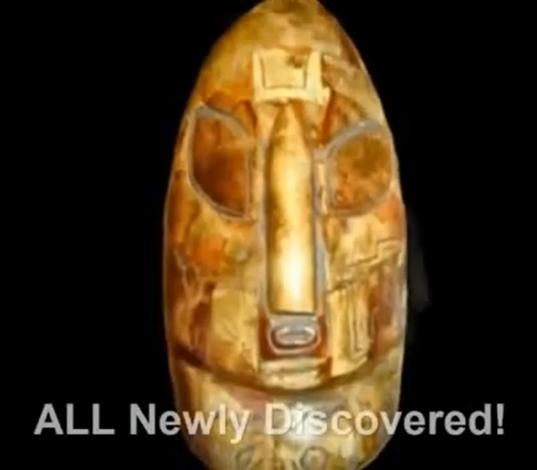 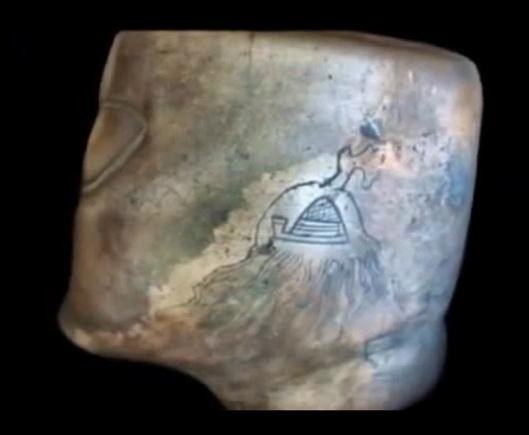 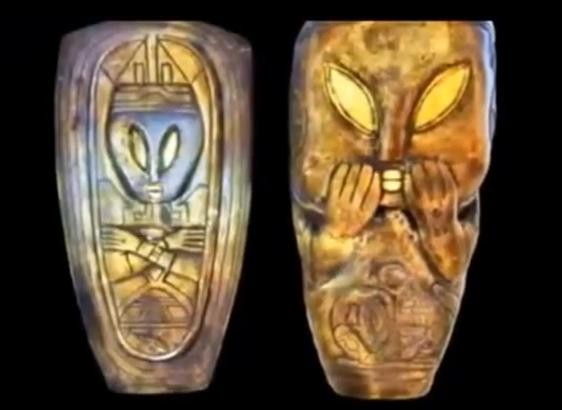 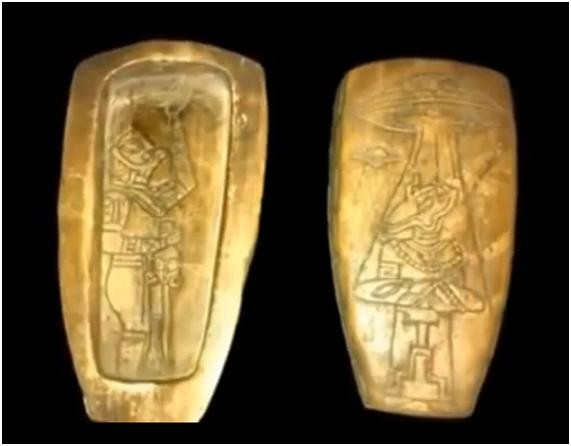 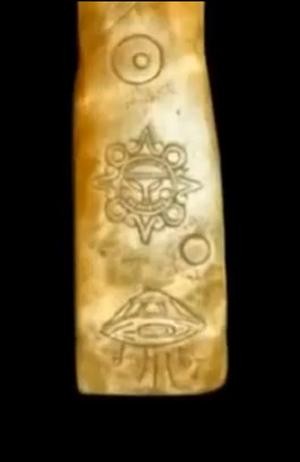 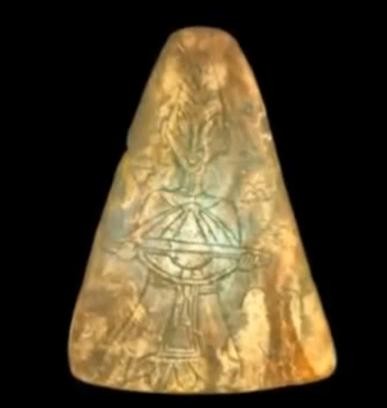 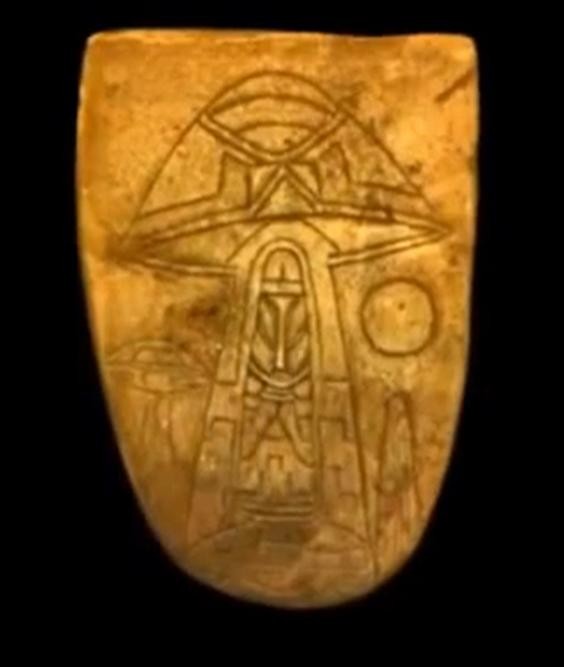 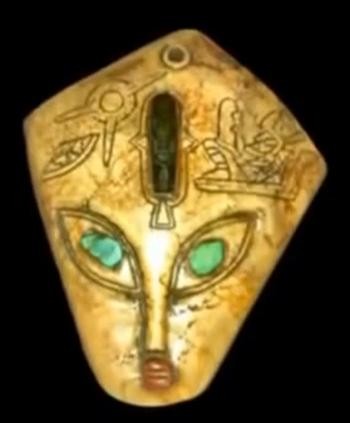 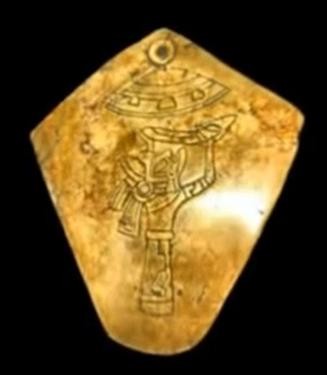 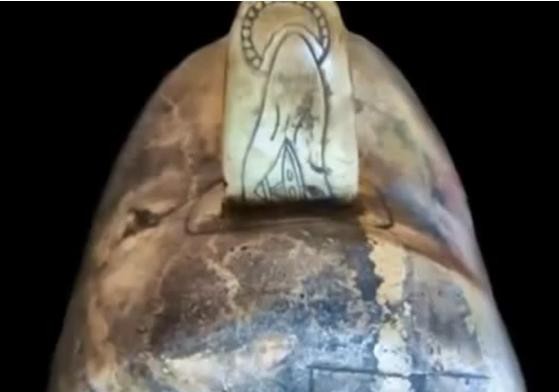 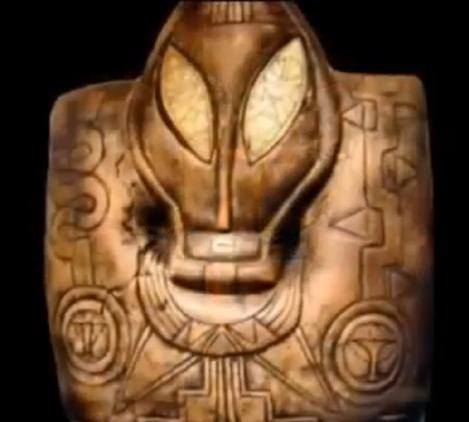 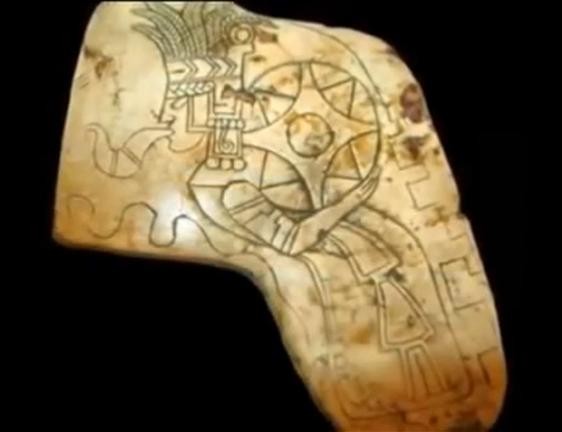 Winged creature emerging from a ship 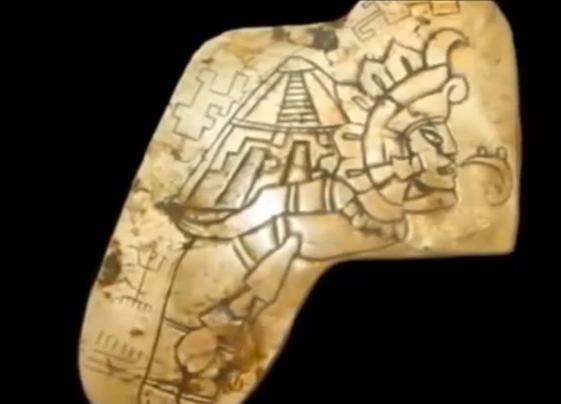 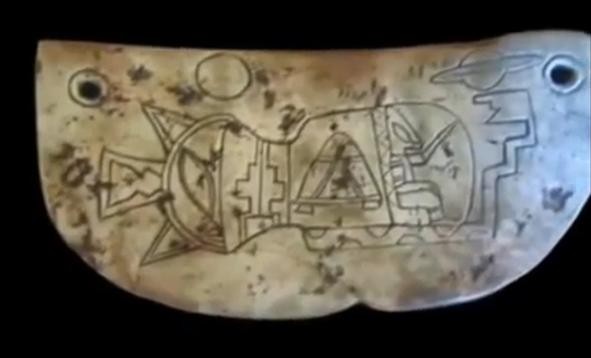 will be Saturn? observe the being that pilots the ship; It is being of a different kind of humanity or an extraterrestrial being; most of the beings represented here are of this kind 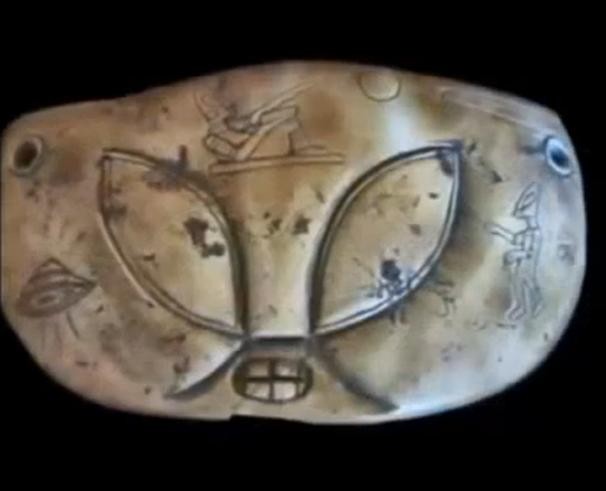 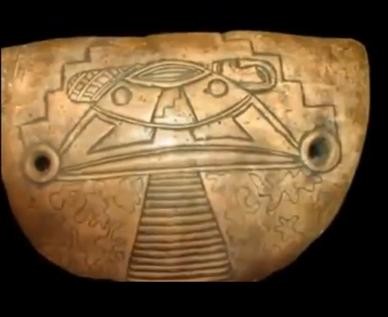 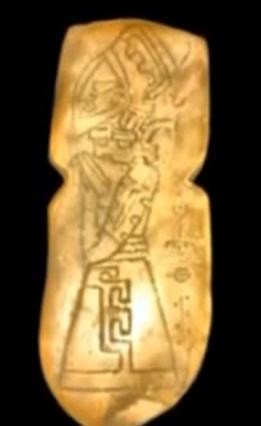 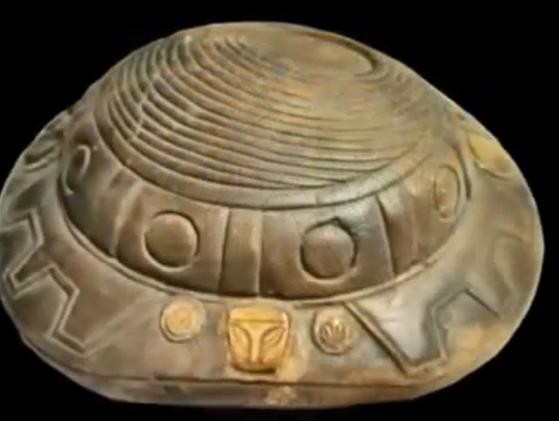 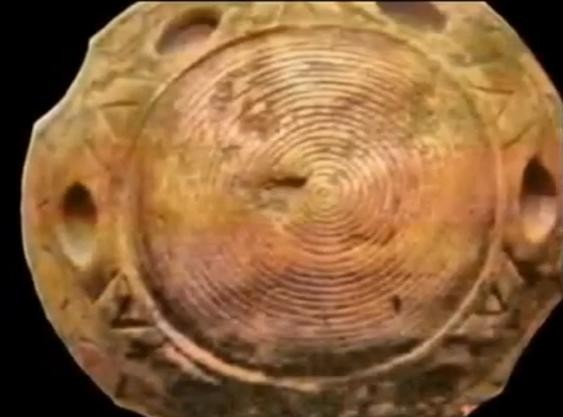 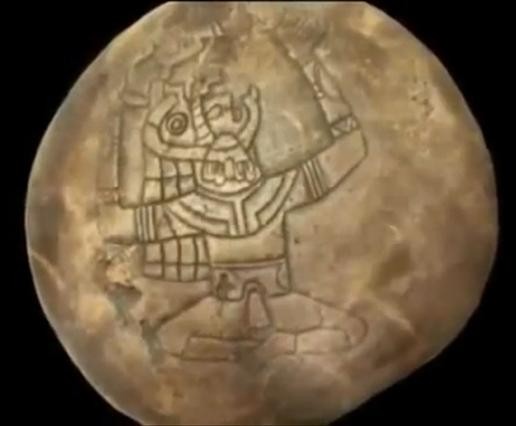 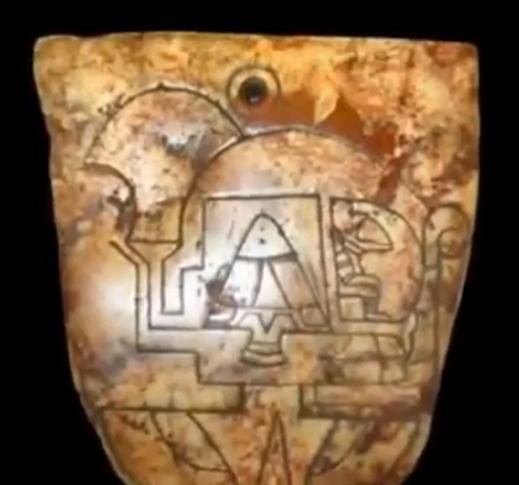 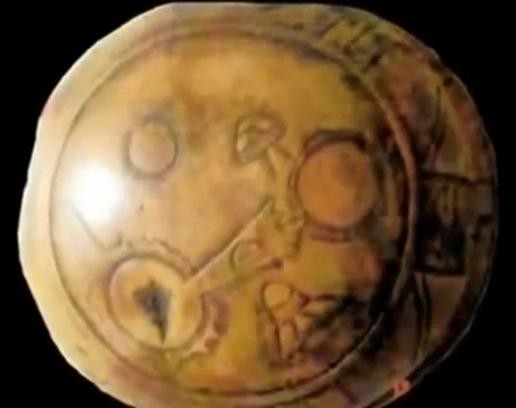 It's a pity that reflexes do not let to see this figure very well, but is believed to represent an intergalactic door 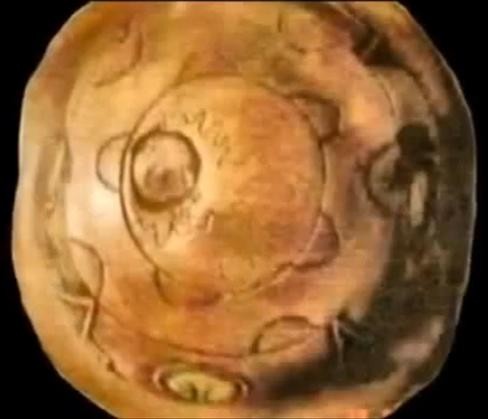 They were not mistaken when only three fingers were represented