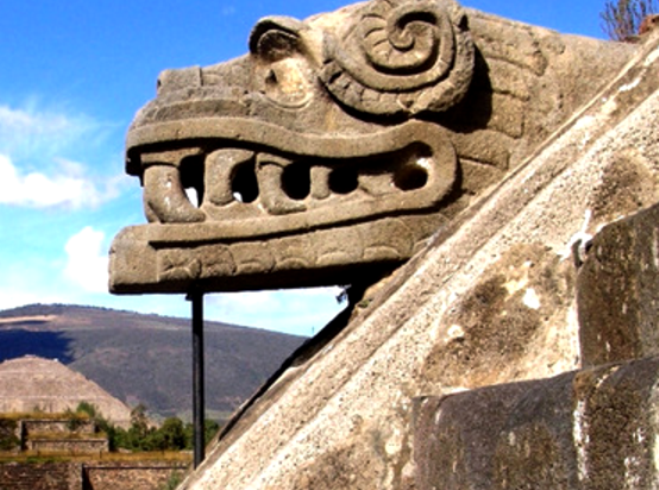 The serpent symbolizes the knowledge; this is what we are told when we find it represented in the great temples all over the Earth.

These beings, in fact, tried to open our eyes with knowledge, but not with Knowledge, since the latter could release us and this is something that they do not want. They always give us limited and biased knowledge so that we reproduce in excess and that our society is maintained, but with deficiencies, in order to obtain from us the elixir they require in the form of negative emotions, clashes between us due to the separations that they contributed to exist sown by their agents and thus, in the end as a colophon, to obtain from us extreme fear and blood; they may also obtain this, albeit to a lesser degree, through mistreatment and death of animals.

How many more we are, the more they can take advantage of the great accumulation of our negative emotions.

Wherever we see represented the serpent will be in center of power over us, there will be the agents of the Dark Priesthood * of the serpent.

Authentic Knowledge is the one that can liberate us from the ties with the density and the tyranny of those who without asking us permission and without explaining what they intended of us offered us knowledge, but a knowledge directed to make us slaves, their slaves, forever .

We must learn to distinguish perfectly between limited knowledge and Knowledge that can break our chains.

We must learn to recognize the many agents of the Dark Priesthood and even the people who allowed themselves to be seduced by the influence of the serpent and his agents. We will recognize them because everything that is influenced by the serpent tends to separation, by the pride of one race or people against another, by the tendency to compete in all the senses, etc.

True Knowledge comes from the Light, but it is we who should try to look for it, because not doing it due to a comfortable life is what happened in what was called Earthly Paradise. The snake pulled us out of comfort, which is a positive thing, but this always takes its toll.

The great Masters who came to Earth always tried to have True Knowledge spread among us, but one of our great problems is that we often listen to the agents of the serpent and forget what the great Masters taught us, which can sum up in these words:

Love others as you do yourself; never do to others what you would not want them to do to you.

We never have to rely on those who claim to fight the snake but use methods that involve fear, torture, fires to punish supposed guilt, wars, etc., because by applying these methods we can be absolutely sure that they are the authentic agents of the snake.

*those who with little effort will live as princes; there will be those who, with various excuses, sacrifice animals and even men; will be the leaders of nations and wars

**the agents of the Light would never force to embrace a belief, because forcing supposes not to respect the free will of our world; they know that we have all the eternity ahead to learn to choose what really suits us after multiple incarnations. Not respecting our free will is always a sign of service to the snake, that is, the beings that chose to feed on the negative frequencies we emit. 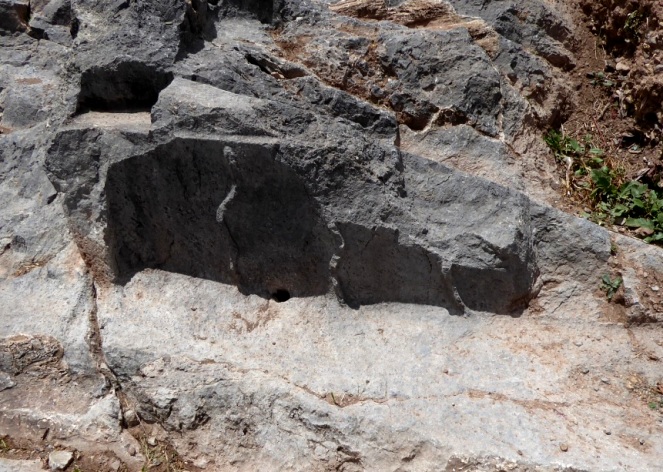 The snake in the huaca of Tetecaca, Cusco

The more you allow yourself to be caught up in mass sports, cinema without values, soap operas, etc., the more you have become a prey to the snake and your suffering will gradually increase without being able to explain the cause of such much misery.

of the Moche Culture, Peru
Reptilian beings and serpents, both are equivalent; of the Moche culture

The snake, the evil, is that necessary so that we do not find a state of comfort that causes us not to progress in the spiritual.

In a medium in which the negativity, the evil exists, inequalities will be created (evil always implies selfish action) and manifesting ourselves in such a medium can demonstrate our degree of achievement in the spiritual; evil can be a great catalyst for our spiritual progress, which is the fruit of each of our visits to the dense worlds, and the suffering it entails is a side effect that will instigate us to an enriching search, though, once again I will point out that if we did not cease in the search for the spirituality* the serpent would not be necessary, the evil would not be necessary.

They can tell us hundreds of different stories about the meaning of the serpent and about the number of secret societies that used it as an emblem, about the secret wisdom that these societies protect so that it does not fall into the wrong hands, etc., but we have to remember that secret societies were created by at least one agent of the serpent* and that they are totally vertical societies in which the members of smaller ranks have no way of suspecting those who actually serve. Truly these societies guard and protect knowledge so that it does not fall into the hands of simple people, as us, and everything else is a euphemism.

*agents of the snake will always be alert so that knowledge does not escape its control and if any group based on knowledge was created outside of them, sooner or later this will fall into their hands becoming governed by them ; the vertical structure facilitates this happening, for a society based on True Knowledge would be horizontal (knowledge without restrictions)

No true Master would give some knowledge and preserve it from others, for in this way he would be creating 'classes'.

The agents of the Serpent will always try to put loads on our backs.

So that we do not realize this pattern they always ordered to burn every great library with wisdom or sequestered great books to keep them out of the scrutiny of simple people.

We are not guilty of the death of any God or of any Son of God, and we never need the atonement of any guilt.

The great Masters arrived at the Earth came to give us some ideas so that we would liberate to ourselves, but of our ties, those that tie us to this world, the one of the matter, without knowing how to escape. With them we saw that "loving and respecting others as oneself" is what can most help free us and if we are intelligent we will realize that religions were created by the servants of the serpent** and that far from freeing us they trap us by linking us to matter.

**agents or servants of the real evil beings, those who feed on our negative vibrations

The Serpent in the objects of the Burrows Cave

The Serpent in the rock painting of the Anasazi Indians, USA

This stone gives impression of having a mold that is chipped in some places, that is to say, it is an artificial stone

Of the Temple of Isis of Philae Island, Egypt
Of Dendera, Egypt