Homepage > The menhirs in Brittany, France

The menhirs in Brittany, France

It was erected around the year 4300 BC; it broke into 4 parts when falling. It is believed that there was another one like it just beside. It is the largest known; was 20 m high and 350 tons of weight 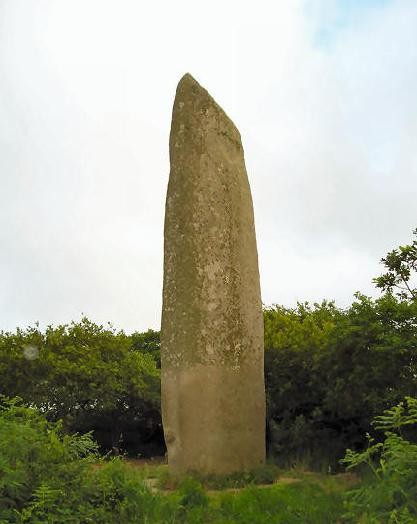 The largest of Britain still standing; were more than 11 m and more than 150 tons (built about 5000 years ago); a lightning broke it 200 years ago and took two meters; currently has 9.5 m

As one can imagine, these peasants used to think at those ancient times, to use their muscles, or both at once, but it is also possible they would use a knowledge that we do not suspect at that time, that now is lost; remember the stone levitation by sound and the destruction of walls also through sound, which we have heard and is mentioned in sacred books. 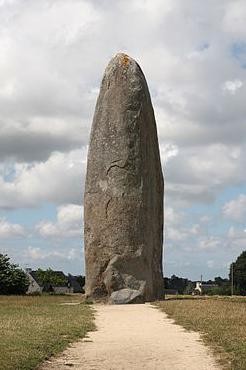 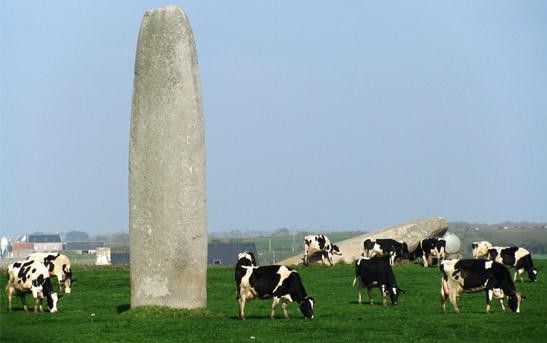 Menhir of Kergadiou, 9 m high and a next one fallen rather taller

Many were Christianized, like this one, which is about 7 meters high and weighs about 80 tons

As for menhir alignments there are:

The highest stones are currently about 4m high and they decrease in size from the area of the highest.

Despite its height, which is not bad, I knew long ago that the first standing stones of the Carnac alignments were much higher, but the church, as so often, ordered the destruction of them depriving to the humanity of an important cultural heritage, but not only cultural, but also it altered the role of these groups, because although it is not known, it is possible they would serve to channel energies toward Earth, and could act also as a key to prevent the collapse of the area under the sea.

The church wanted that the magnitude of these monuments would not overshadow the magnitude of his monuments; what happens is that among all the church members could not possibly have cut, transported and stand up one of these menhirs, like the menhir of Locmariaquer, for example; but a cathedral, with people trained in construction, with patience and money of the poor believers can be done at any time, because the stones are of manageable size, in spite to be many; but to say that the Church ordered the destruction of the most important menhirs is the same as saying that the hidden elite did not want we would see things that would have made us think, because the hidden elite went on  to  lead the Church from about 1700 years ago.

Yes, those big standing stones weighing several hundred tons, transferred sometimes from distant quarries, would have given us much to think about, no matter how asleep we are and no matter the many explanations of displacements on rollers and horses and men pulling ropes to put them up.